Is the Trans-Pacific Partnership an Environmental Pollution Pass for Corporations? | Huffington Post 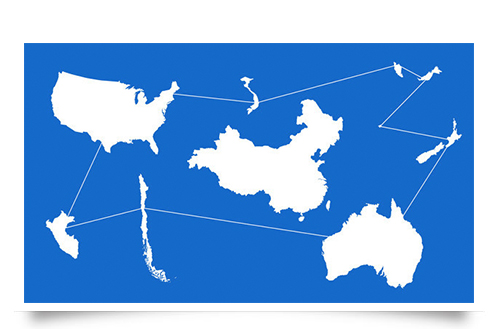 Nearly a decade in the making, advocates of the Trans-Pacific Partnership Agreement (TPP) promote it as a necessary step to free trade and a robust global economy. Critics are skeptical saying the agreement will be harmful to the environment and economically benefits large corporations.

The United States is currently negotiating the trade deal, which will impact every textile sector including yarns, fabrics, fibers, apparel, and home furnishings. The agreement is intended to remove trade barriers, including tariffs between the participating countries. TPP has 12 participating countries, including five from the Americas (Canada, Chile, Mexico, Peru and the US), five from Asia (Brunei, Japan, Malaysia, Singapore and Vietnam), as well as Australia and New Zealand. The proponents of the TPP are mainly large corporations, like Chevron and Pacific Rim. Opponents of the TPP include a coalition, from the Citizens Trade Campaign, that sent a letter to House and Senate members, signed by more than 2,000 groups, including the American Civil Liberties Union, the AFL-CIO, Alliance for Retired Americans, Catholics United, Feminist Majority, Greenpeace, the NAACP, the Natural Resources Defense Council, Presbyterian Church (USA), the Sierra Club, 350.org and the Union of Concerned Scientists.

The TPP could negatively affect the environment. According to Climate Progress, under the proposed agreement corporations may be able to use TPP's arbitration clause to sue governments that interfere with their business. This could conflict with laws enacted locally to reduce pollution and protect the environment.

For example, in 2013, Chevron accused activists in Ecuador of defrauding its company, after Chevron was ordered to pay an $18.2 billion judgment for environmental contamination from oil drilling.

In the 2000s, Pacific Rim, a mining company, made plans to expand to El Savador, but their plans were delayed by the country's environmental policies. Pacific Rim attacked El Salvador's mining policies under the U.S.-Central America Free Trade Agreement (CAFTA). The company is demanding $200 million from the Salvadoran people, whose average annual income is $7,200.

Lone Star Resources, a Canadian firm that incorporated in Delaware, used the dispute resolution clause in the North American Free Trade agreement to seek $250 million from the Canadian government. It was their response to a moratorium on fracking, a controversial drilling method, issued by the province of Quebec.

Opponents of the provision argue that it will open the door for foreign companies or U.S. corporations with foreign interests to circumvent U.S.laws. Public Citizen reports that more than $400 million has already been paid out in investor-state cases related to the North American Free Trade Agreement (NAFTA) for attacks on natural resource policies, toxic bans, health and safety measures, and more.

The yarn-forward rule, a rule which will limit materials sourcing to countries participating in the agreement, would keep non-TPP countries, like China, from benefiting from sourcing materials for textiles to TPP countries.

However, countries like Vietnam would see unprecedented growth in the garment sector. According to National Council of Textile Organizations Chairman William L. Jasper, Vietnam wants to eliminate the yarn-forward rule and this would open the door for China to benefit from the TPP. Jasper says, if the agreement gives a backdoor to China, the U.S. textile sector could lose 500,000 jobs.

Forbes magazine contributor Jean-Pierre Lehmann says the TPP is just a bad idea, calling the agreement "a geopolitical ploy" that uses trade as a means to contain China. According to Lehman trade between the smaller countries involved in the agreement like Chile, Mexico and Peru would be minimal in proportion to their overall trade. Lehman says this makes the TPP a bi-lateral trade agreement between Japan and the U.S. He warns that such a trade partnership would be a costly mistake, and would be a stumbling block to global economic equity for developing countries.

Developing countries are more apt to have cases filed against them by companies that use investor-state or dispute resolution provisions. According to Rachel Wellhausen, an international investment specialist at the University of Texas at Austin, suits against developing countries are increasing. Her research has turned up 686 investor-state dispute cases since 1990, with 147 suits brought by U.S. firms, more than from any other nation.

Mohd Nizam Mahshar of Astro Awani notes that TPP is not fair or free, as it would primarily benefit American corporations. Former Malaysian Prime Minister Tun Dr. Mahathir Mohamad agrees. In the foreword to a publication by the Malay Economic Action Council (MTEM) entitled, TPP - Malaysia is not for sale, Mohamad asserts that trade agreements are a way to colonize other nations. Nazim says member countries of the World Trade Organization pay zero or low tariffs on Malaysian textiles. Mahshar says TPP is a way for America to exploit the resources of countries like Malaysia.

This is maybe why businesses are rushing to invest in textile manufacturing in TPP signatories, like Vietnam. Foreign manufacturers have poured more than $1 billion into Vietnam's textile and apparel sector in anticipation of a TPP agreement. They see economic opportunity in the TPP.

With such large amounts of money at stake, TPP may pose a challenge to a country like Bangladesh that is not yet a party to the agreement. Recently, international experts from the Bangladesh Development Conference at Harvard University predicted Vietnam will likely surpass Bangladesh as a global exporter by 2024 because of TPP tariff preferences and technology transfers. India may face similar challenges in TPP markets, as new trading rules erode its export market share and require higher quality standards.

The Office of the U.S. Trade Representative says TPP will promote job growth and boost economic opportunity, but that economic growth for a few, is likely to spell environmental and financial catastrophe for the many.